Relating your Aptitude to suitable Careers 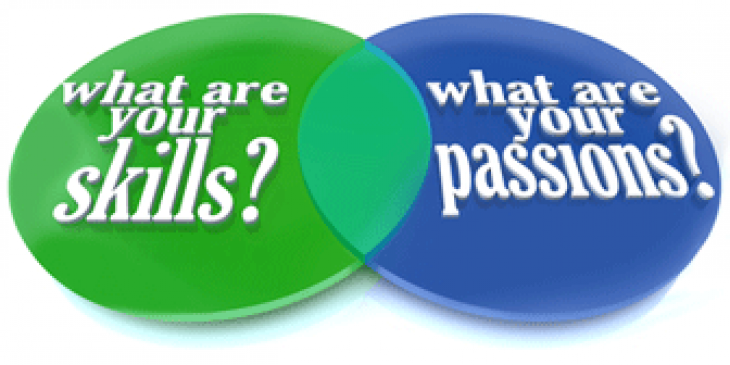 Aptitude is an innate or inborn capacity for learning. The test assesses an individual's strengths and weaknesses in seven key abilities. Aptitudes are about 'potential, which is not necessarily realized at the present time. Often, the discovery of potential leads to the development of new interests. The aptitude test would include Verification, Formation, Physical analysis, Verbal penetration, Numerical deduction, Observation, Critical dissection.

Verification
"This type of test is used to find out whether the test taker is likely to make errors in a task that appears deceptively simple, repetitive and, possibly, even boring. But it is also a demanding intellectual task because of the attentive focus required as well as the capacity to work with increasingly extended strings of information. Examples would be in administrative and IT-related tasks. It is the type of aptitude that is demanded to perform many types of work where attention to detail is essential, especially where any mistakes may be difficult to trace at a later date; for example, if mistakes creep in to original programming they may well become ‘bugs’ later on."
Following are some Careers require Good Evidence in this Aptitude -
ACTUARY AUDITOR COMPANY SECRETARY COMPUTER SYSTEM ANALYST NEUROSURGEON
LAWYER ELECTRICAL ENGINEER

Formation
This test requires you to hold an object in your mind, while also turning it upside down, around and pulling it out of shape. The ability to do this is associated with success in the area of design, where a sense of shape and form would obviously be required. The test of formation can also have wider implications. For example, it requires a flexibility of thinking to be able to recognize an object in a form which may or may not be the same as the original. To be able to perceive the various components of a problem in new ways is an intellectual process which is useful in electronic engineering and other ‘high-tech’ computer and electronic sciences. Aptitude on this test, therefore, may indicate an ‘artistic’ design potential, but may also indicate an engineering or technological aptitude.
Following are some Careers require Good Evidence in this Aptitude -
AIRCRAFT MAINTENANCE ENGINEER ARCHITECT CAR BODY DESIGNER COMPUTER ANIMATOR
DESIGN ENGINEER MATERIALS SCIENTIST ELECTRICAL ENGINEER

Physical Analysis
This test demands a comprehension of what actually happens and what actually works in the real world. Although it is possible to learn the answers to these problems, people with a natural aptitude do well even though they have never seen problems like these beore. It is quite demanding test, because it also requires you to make sense of the verbal instructions before you start. It is analystical because there are often a number of forces operating within the problems any one time. You are literally required to 'weigh things in the balance'. Unfortunately, the fact that you ca do well on this test does not always go hand in hand with the practical ability to repair or make things. It usually does, but without the necessary manual dexterity, your ability on this test will be of most use in understanding conceptual and design problems, as opposed to working upon them yourself. An aptitude to apprehend what is happening in a physical situation and make judgements about what to do is useful in areas of work connected with engineering, but also in many situations where realistic decisions have to be made, often outdoors or in situations of possible danger.
Following are some Careers require Good Evidence in this Aptitude -
AIRCRAFT MAINTENANCE ENGINEER AERONAUTICAL ENGINEERING ARMED FORCES OFFICER
BIOMEDICAL ENGINEER COMPUTER HARDWARE DESIGNER MECHANICAL ENGINEER

Verbal Penetration
To perform well on this test, it is necessary to have a very good level of vocabulary in order to understand fine distinctions between different concepts. Therefore, without an existing level of ability, your aptitude may not appear. It is an aptitude that can be developed with learning. The test of critical dissection, which appears later on, is less dependent upon vocabulary. The test of verbal penetration asks you to make distinctions between words that have similar meanings. Sometimes the distinctions are very fine indeed, so that you have to be able to grasp the idea that is represented by the word. As there are rarely two words which have exactly the same meaning, what is wanted is often inexact. Therefore, this test shows how well you can resolve ambiguities in language. It establishes how well you can discover the ‘thread’ which is buried in hidden meanings. This aptitude is useful in areas of work where words are used in analysis and in precision of communication. Literary careers would demand this aptitude, as would legal work, administration and areas connected with communications.
Following are some Careers require Good Evidence in this Aptitude -
ACTOR COMPANY SECRETARY COPYWRITER DIRECTOR-MEDIA EDITOR JOURNALIST
FORENSIC PSYCHOLOGIST HUMAN RESOURCE MANAGER MANAGEMENT CONSULTANT
PHYSIOTHERAPIST TEACHER

Numerical Deduction
To perform well on this test, you have to perceive how numbers relate to each other. As you will have realized, it is more than a test of arithmetic. In fact, many people who think that they are ‘terrible’ at arithmetic often surprise themselves by doing better on this test than they expect. Each series of numbers is like a code which contains a hidden message. You have to work out the relationship of the numbers with each other to deduce the answer. It is a logical exercise, without the subtleties of interpretation needed in the test of verbal penetration. The aptitude for discovering the logic in a series of pieces of connected information is essential in many areas of work. These are often the mathematical sciences where quantification and precise technical information exchange are required. This aptitude is found in statistically based commercial activities as well as most highly technical and research-based ones.
Following are some Careers require Good Evidence in this Aptitude -
AERONAUTICAL ENGINEERING ARCHITECT BIOMEDICAL ENGINEER DOCTOR OF MEDICINE
ELECTRONICS ENGINEER BUSINESS CONSULTANT COMPUTER SYSTEM ANALYST

Observation
This is a logical reasoning test without the use of words or numbers. You are required to collect information visually in order to project what would happen next in the series. This aptitude demands that details, together with their relevance to the whole picture, are perceived clearly. It is a necessary aptitude in many sciences and in many areas where information is researched and essential details need to be abstracted.
Following are some Careers require Good Evidence in this Aptitude -
ADVERTISING EXECUTIVE ARCHITECT BIOLOGIST DENTIST DOCTOR OF MEDICINE

Critical Dissection
This test requires careful analysis of the information given. Often you are required to ‘fill in’ missing information, which you must detect from the fragments you have been given. The items in the test are puzzles that require persistence and power of concentration. If you can do this test, you will be able to succeed in many areas of work which require a sensible approach to problem solving in which you do not allow yourself to be distracted by irrelevant information, and where you do not allow yourself to become influenced by emotions. These may be situations which involve people and their problems, as well as technically specialist areas.
Following are some Careers require Good Evidence in this Aptitude -
ACTUARY ASTRONAUT BARRISTER BUSINESS CONSULTANT COMPUTER SYSTEM ANALYST
CLINICAL PSYCHOLOGIST COPYWRITER

Click here to take a Career Assessment Test to check your Aptitude Score.